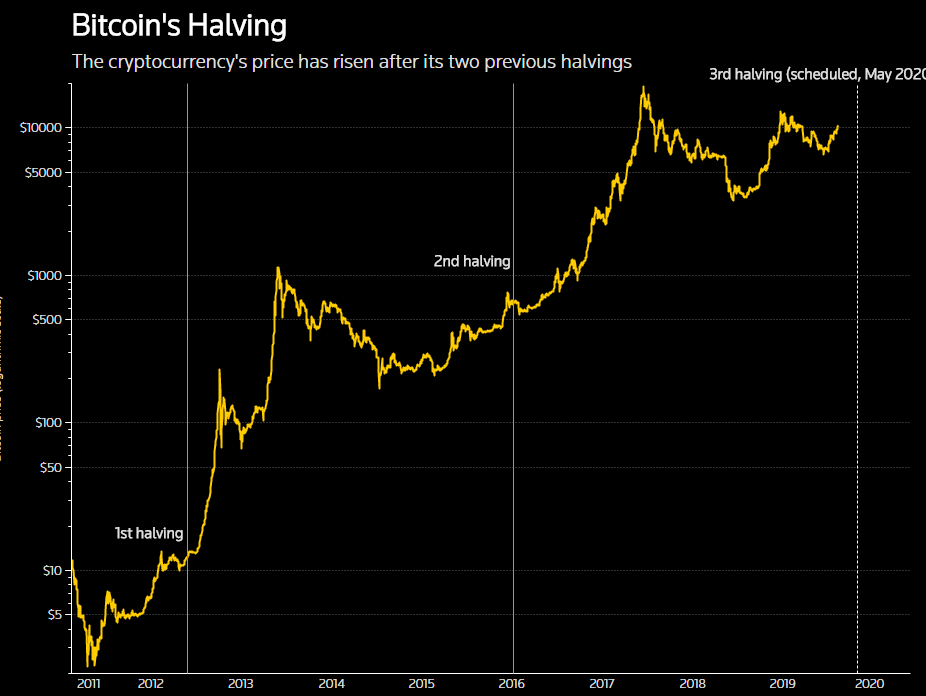 Is bitcoin’s 2020 rally another flash in the pan?

Crypto analysts are split on whether bitcoin’s rise this year is driven by unique factors or is just its latest bout of volatility. But many agree on one factor: an upcoming cut to the supply of bitcoin.

Bitcoin has soared by almost half this year, to more than $10,000, for the first time since October. On Tuesday it hit its highest in five months.

The cryptocurrency’s 11-year history is replete with fast ascents and equally rapid plunges. In late 2017, it rose three and a half times in just 35 days to reach almost $20,000. It then slumped 70% in seven weeks.

Such wild and often inexplicable swings are why bitcoin faces a struggle to become a functioning currency.

This time around, some market players point to a confluence of drivers not seen before. Arcane tech factors, expectations for mainstream acceptance and macroeconomic trends are leading markets to look again at bitcoin’s worth, they say.

Most fundamentally, many cite growing demand for bitcoin before its latest “halving” — a 50% cut in the production of the cryptocurrency due in May that is one of the few observable events known to materially impact price.

In the year after the two previous halvings, in November 2012 and July 2016, bitcoin rose around by 80 times and four times respectively. The exact proportion of the gains caused by the halving is unclear.

“It’s a rare observable factor – if you look at previous events, in each case there has been a quite clear and discernable spike in the value of bitcoin,” said Windsor Holden, a payments consultant who tracks crypto and blockchain.