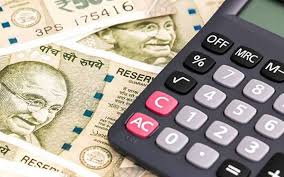 Indian firms are ramping up issuance of dollar-denominated bonds this year to exploit a rising global appetite for high-yielding debt and the relaxation of domestic rules on the use of funds raised, data from Refinitiv showed on Wednesday.

Refinitiv data showed Indian firms have issued a record $5.6 billion worth of dollar bonds between Jan. 1 and Feb. 11. That follows a record gross issuance of $16.5 billion in 2019.

They raised $3.6 billion in January, and $2 billion so far in February, the data showed.

The tightness in domestic funding markets and the allure of Indian bonds overseas markets should spur further issuance this year, Experts said.

“Indian companies also benefit from investors looking to diversify their portfolios beyond the Chinese issuers.”

Chinese firms are traditionally heavy borrowers of dollar bonds and they account for about 48% of such bonds issued by companies in the Asia-Pacific, Refinitiv data showed.

Last year’s relaxation of norms by the Reserve Bank of India on the end-use of funds raised through external commercial borrowings have given firms another reason to raise cheaper offshore funds.

Under the new rule, companies can now use proceeds from external commercial borrowings with a minimum average maturity period of seven years for the repayment of rupee loans raised domestically for capital expenditure.

Adani Electricity, a subsidiary of Adani Transmission Ltd, raised $1 billion last week, which is so far the third biggest borrowing in dollars by an Indian firm, according to Refinitiv data.