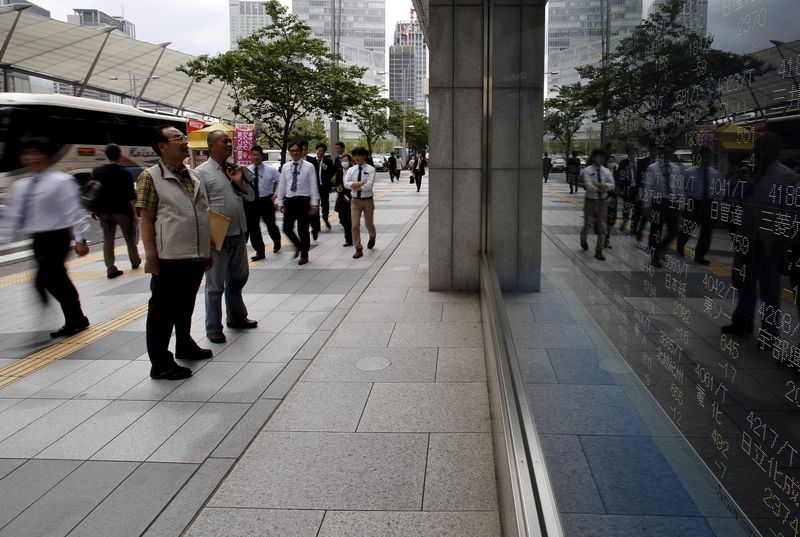 Asian markets were mixed on Tuesday morning as traders continued to weigh the ongoing coronavirus outbreak’s impact on global economies.

The Shanghai Composite gained 0.3% , while the Shenzhen Component lost 0.2%.

Worries about the virus remained as work at factories began to resume in China following the extended Lunar New Year holidays. The death toll reached at least 1,011 on Tuesday, according to data released by the Chinese government.

“The risk of a larger downgrade in Chinese GDP growth over Q1 20 and 2020 as a whole is gaining momentum,” Richard Grace, senior currency strategist and head of international economics at Commonwealth Bank of Australia, wrote in a note.

The World Health Organization’s Dr. Sylvia Briand told reporters the coronavirus produces mild cold symptoms in about 80% of the cases seen so far, with just 15% of those infected ending up with pneumonia and 3% to 5% of patients needing intensive care.

The world health watchdog did expressed concerns, however, about new cases of the virus emerging outside mainland China, which it warned could be a “spark that becomes a bigger fire.”

Hong Kong’s Hang Seng Index surged 1.5%. Automobile firm Geely outperformed after the company said it was in talks to tighten ties with Volvo.

Down under, Australia’s climbed 0.6%.

Overnight, U.S. stocks hit a record high as investors shrugged off the economic impact of the coronavirus. U.S. Federal Reserve Chairman Jerome Powell will deliver his semiannual testimony in Congress on Tuesday and Wednesday.