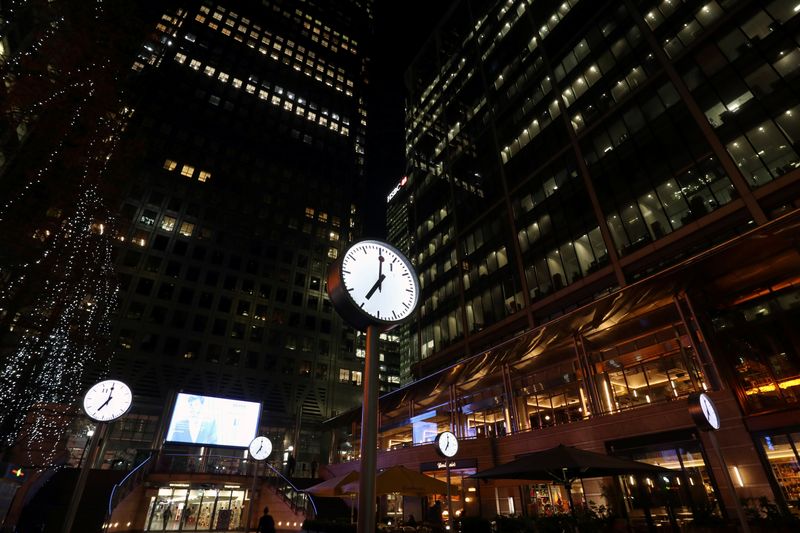 Brexit relief for UK economy might not last long

Britain’s economy will cast off some of the Brexit uncertainty that has held it back since 2016 after Prime Minister Boris Johnson’s election triumph, but the risk remains of another “cliff-edge” showdown with Brussels in a year’s time.

With Britain’s exit from the European Union on Jan. 31 now a foregone conclusion, the question for investors is whether Johnson will stick to his campaign promise not to delay the end-of-2020 deadline for a new EU trade deal.

That deadline is widely seen as tough to meet, given the scale of issues to be resolved.

In the short term, the biggest election victory for Johnson’s Conservative Party since Margaret Thatcher’s 1987 triumph removes a major brake on growth: the deadlock in parliament over how, or even whether, to proceed with Brexit.

Johnson said in a victory speech on Friday that Britain would leave the EU on Jan. 31 “no ifs, no buts, no maybes.”

His election win also banishes the prospect of a sharp shift to the left under the Labour Party which promised nationalizations, more power for trade unions and a much bigger role for the state, which had worried many business leaders.

“But more importantly, it could give the prime minister the political breathing room to ask for an extension to the transition period.”

Investors pared back their bets on the Bank of England cutting interest rates as the uncertainty about the way ahead for Britain’s economy lifted, at least in the short term.

The world’s fifth-biggest economy has slowed since voters decided to take Britain out of the EU nearly 3-1/2 years ago.

Leaving the bloc, which accounts for nearly half the country’s exports, is seen as a drag on its economic growth over the long term.

But the new sense of clarity about Brexit, at least in the short term, is likely to lead to a pick-up in the pace of growth in the coming quarters, economists said.

British government bond prices fell sharply as trading in London’s gilt markets opened, helped not only by the conclusive election result but also by signs of an end to the U.S-China trade deal that has weighed on the global economy.

But economists turned their attention quickly to what the election result meant for Johnson’s longer-term Brexit plans.

He promised during the election campaign not to extend a Brexit transition period beyond Dec. 31 2020.

That raises the prospect of tariffs and other barriers coming into force for Britain’s trade in goods and services with the EU in just over a year’s time.

Economists at RBC Capital Markets said the new government would probably try to keep a no-deal Brexit on the table for as long as possible to maintain leverage with the EU in the trade talks.

“However, with such a comfortable winning margin Johnson is not reliant on any faction of his party, in particular the hard-Brexiteers who might have tried to steer him toward a hard Brexit at the end of the transition period,” they said.

“Some form of extension now looks more likely even if some effort will be made to give the impression that is not the transition period that the Conservative Party promised not to extend in its manifesto.”

But economists at Citi said they thought Johnson would not try to delay the transition phase because he won support from voters who backed the Conservatives for the first time because of the party’s tough stance on Brexit.

“In this scenario, when the UK exits the EU Single Market and Customs Union on 31 December 2020, we expect a mild recession to follow in 2021 as divestment among exporting sectors accelerates,” they said.