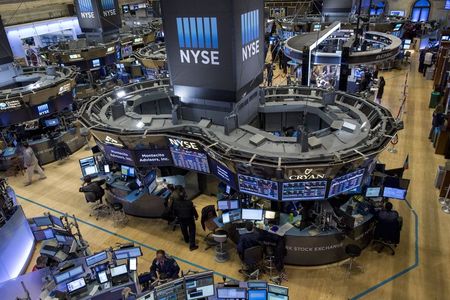 Asian markets fell in morning trade on Thursday, with Hong Kong stocks down more than 1.5% following news that both chambers of Congress passed a pro-Hong Kong rights bill.

One of the bill is the S. 1838, which would require annual reviews of Hong Kong’s special trade status under U.S. law and sanction officials deemed responsible for human rights abuses and undermining the city’s autonomy.

Another Senate bill, S. 2710, was also passed to ban the export of crowd-control items such as tear gas and rubber bullets to Hong Kong police.

Trump now faces a dilemma, as the bills comes at a tricky time. The president has been pushing for a partial trade agreement with China and a confrontation at this period of time could imperil a long-awaited trade deal.

China’s Shanghai Composite dropped 0.4% in morning trade, while the Shenzhen Component inched up 0.1%.

Overnight in the U.S, the Federal Reserve released the minutes from its October policy meeting.

The central bank said the stance of policy “likely would remain” where it is “as long as incoming information about the economy did not result in a material reassessment of the economic outlook.”